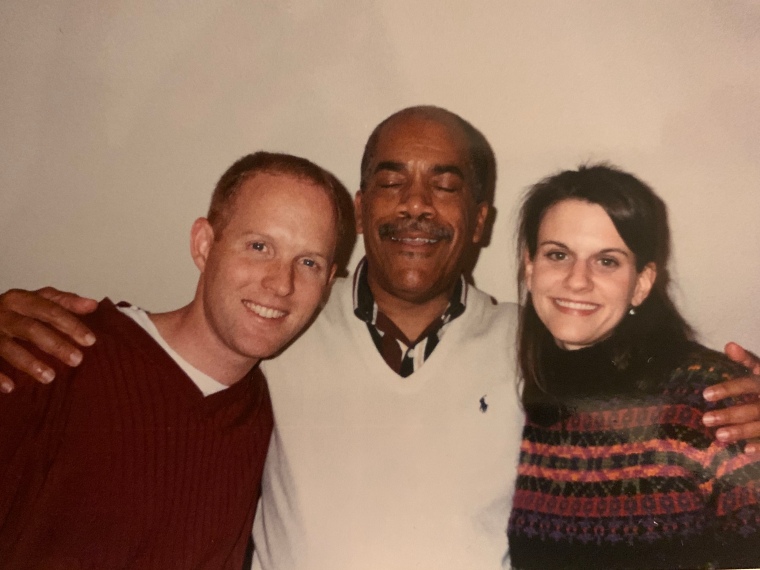 I couldn’t sleep last night. I had just read about the riots and unrest in the nation. I watched a few videos, my social media feed covered with thoughts and statements and images. I haven’t been quite able to gather my thoughts as my emotions seem shallow, not truly deep enough to bear the weight of what others have suffered. I want to use the right words and I just haven’t been able to release them the past few days. I want to honor God and all his children with my words but they weren’t leaving my mind and making it to the page.

Until now and I’m not even sure how good they are, but I want them to be said…there is a story I want to be told…the story of Mr. Don Posey.

I enjoy story telling and his story feels true and right in the middle of this.

When wrestling with this social and racial tragedy, all I could think of was my more-than-friend, Mr. Don Posey. My husband began calling him Mr. Posey at work. Chris showed up to sell copiers fresh out of college. He was too skinny, too shy and his suit was too cheap.  Mr. Posey walked down the hall with his expensive clothes, strong cologne, cuff links, manicured nails and the most welcoming smile Chris had seen in a while. Chris soon could tell that Mr. Posey loved Jesus too. And so that was all they needed. Mr. Posey was a high ranking salesmen in the company and began to mentor Chris. He soon became a family friend and actually moved into our neighborhood in Norcross, Ga.

We had no children. He was single with grown children so we had all the time in the world to spend together. He demonstrated southern cooking while discussing more and more about Jesus over amazing dinners. We watched movies every Friday night. He taught us so much and tried to explain some about being a black man but we couldn’t really understand. Race didn’t seem to matter when it was the three of us. Chris and I never thought about the color of his skin. But I now understand more than ever that he thought about his skin and being a black man every day of his life.

He was the choir director of his church so he was always singing. He became family to us and we were like his children so close to home. He came to thanksgiving and Christmas dinners. We, his two white children, invaded his single guys night of local black men regularly. And it was wonderful. He was our family one street over, which these two newlyweds needed. This was how it was several nights a week….until…

Not until today did I truly understand why he was so afraid. Not until today and I’m just so sorry. Not until I’ve heard the voices of other black men in the media have I been able to truly grasp the fear of one of my dearest friends. I am grieving over that. That someone I love was so fearful to visit me, a white person, because his life could be in danger.

Mr. Posey died of brain cancer over 12 years ago. It was devastating news and he only survived months. We were more in shock than grief at first. We were asked to sit with the family at the funeral. We entered the church with the family and were placed on the front row. We wept like we had lost a father and a best friend. We were 2 white 20 somethings sitting in black church with a black family for the death of a black man that seemed a father. And we were all just God’s children that day.  And we were nothing but loved.  And he was nothing but love to us. And the thought of him hurting and being afraid is breaking my heart tonight.

And so these are the words I have. That love is what has to connect us all. I am broken and praying and learning and scared and angry and sad and just so sorry. I am thinking of you Mr. Posey and all your black brothers and sisters. And I just love you. I wish you were here to help us, to help me and Chris and our boys and give us your wisdom and sing over us and pray over us. And I’m just so sorry I couldn’t understand but I do a little more now….I just pray these are good words that tell your good, good story…

One thought on “Mr. Don Posey”

Hey friends! I am a lover of words. Writing words, hearing words and speaking them! I love recording words so much that I have created a unique journal just for that! Check it out at https://www.etsy.com/shop/wordsjournal

I have also learned the power of words recently. They can bring life or death! This is a place where words can be used to build up and bless each other!

“Gracious words are like a honeycomb, sweetness to the soul and health to the body.” Proverbs 16:24